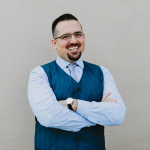 Yousef Baker (Ph.D. UCSB, Sociology, 2014).  Iraq/Iran.  His dissertation, Global Capitalism and Political Control: Investigating the Invasion and Occupation of Iraq focuses on theories of globalization and development, social movements, nationalism, and questions of race and migration, with a specialization in the contemporary Middle East and North Africa.  Specifically, Baker looks at the political and economic development models deployed in Iraq during the U.S. occupation, and the effort to gain consent for these models from Iraqi civil society.  Much of the current research on Iraq draws from either geo-political or conjunctural analyses of the war, while this study utilizes a systematic structural analysis.  He traces the intent and strategies of the U.S. administration in Iraq by examining laws implemented, agreements signed with and on behalf of the Iraqi government, contracts awarded, and policies that were favored and lobbied for in Iraq. His work offers a vital contribution to the field of globalization studies through a meticulous case study, based on research conducted in Baghdad, on the changing nature of the nation-state. Through this research he demonstrates how processes of globalization have given rise to a structural tension wherein economic circuits of accumulation are transnational, whilst political legitimacy is still confined within the nation-state.