Journalism > About > Advisory Board > Michael A. Anastasi 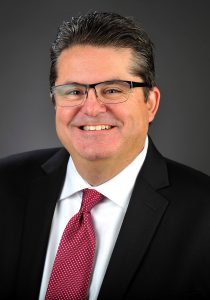 Michael A. Anastasi has been editor and vice president of The Tennessean since November 2015. In this position, he also serves as region editor for the USA TODAY Network in Tennessee and Florida, overseeing the work of more than 400 journalists as the chief executive responsible for all newsgathering operations in several regions, including Memphis, Knoxville, Tallahassee and Southwest Florida. Since Anastasi took over, The Tennessean has won several accolades, including the 2018 General Excellence Award from the Tennessean Press Association and the state’s Outstanding News Operation from the Tennessee Associated Press in 2017.

Anastasi came to Nashville from the Los Angeles News Group, which received numerous national accolades under his leadership, including the 2015 Pulitzer Prize in Local Reporting. During his tenure as senior vice president and executive editor, the group also received the Scripps Howard Award for Community Journalism, the National Headliner Award for Investigative Reporting, the APME First Amendment Award, Sigma Delta Chi awards in Environmental Reporting and Editorial Writing, and two General Excellence awards from the California Newspaper Publishers Association.

A graduate of California State University, Long Beach, where he won a Hearst Award as a student and later taught a class in digital reporting techniques, Anastasi was a Pulitzer Prize juror in 2018. He previously served as managing editor of The Salt Lake Tribune in Utah and sports editor of the Los Angeles Daily News, and he has worked as a reporter and editor throughout California. He is a longtime advocate for diversity in the industry and founded APSE’s Diversity Fellowship Program.