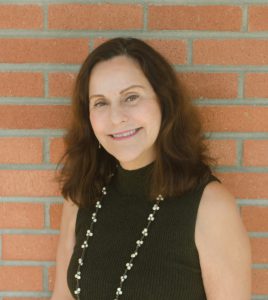 Dr. Heloiza Golbspan Herscovitz is a full professor of Journalism at California State University Long Beach. She brings transnational professional and academic experience to the classroom. A journalist with extensive experience in Brazil as a reporter and news editor in print media, radio and television and as an international freelancer, Herscovitz has also worked for Ogilvy & Mather International Advertising, Marketing and Public Relations Inc. as a press consultant for multinational clients operating in Latin America. She holds a Ph.D. from the University of Florida. She is fluent in English, Spanish and Portuguese and has taught at American, Mexican and Brazilian universities in face-to-face, online and hybrid formats. She is an expert in global news media, comparative mass media systems and journalism in Brazil and Latin America. She is also an expert in literary journalism/long form reporting.

Herscovitz has a broad experience in leadership and service to the academia at the Association for Education in Journalism and Mass Communication (AEJMC), where she acted in many capacities including as chair and vice-chair of the Council of Divisions, as well as head, vice-head and research chair of the International Communication Division.

Herscovitz has published several articles and book chapters; she has presented numerous papers at national and international conferences. Her ongoing research projects include an investigation on identity, values and professional routines among border journalists who work for media outlets in San Diego and Tijuana, and a framing analysis of Brazil’s presidential elections in 2018. Recently, she submitted a manuscript on Brazilian politics and media to EIAL,Tel Aviv University’s Journal of Latin American studies. Additionally, she is preparing a chapter on journalism ethics in Brazil for the book Routledge Companion to Journalism Ethics, edited by Lada T. Price, Karen Sanders and Wendy Wyatt.

Heloiza Herscovitz is an avid reader of non-fiction and literature, loves world music and European film. She travels extensively to different continents.