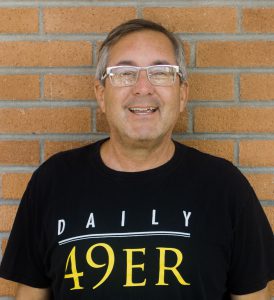 Gary Metzker has been a full-time lecturer at Cal State Long Beach since 2008 and serves as design adviser for the Daily 49er and DIG Magazine.

Metzker has worked at newspapers in Delaware, Missouri, Florida and California. For almost 25 years, he worked at the Los Angeles Times as sports news editor, metro news editor, A1 editor and senior editor. During that time, Metzker was a part of four Pulitzer Prize-winning staff awards for breaking news and spot news.

Metzker received his bachelor’s degree in journalism degree from the University of Missouri and his master’s degree in communications from California State University, Fullerton.