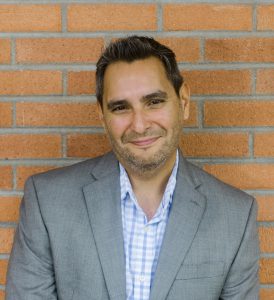 John Gonzales has 20 years of experience in local, national, and international reporting. While teaching at Cal State Long Beach, he continues to report on the social determinants of healthcare access as a senior fellow for the Center for Health Journalism at USC.

Gonzales was previously the New Orleans-based southern regional correspondent for the Associated Press, Hispanic affairs reporter at Newsday in New York, and a general assignment trainee at the Los Angeles Times. He has won awards from the Association of Health Care Journalists, the National Association of Hispanic Journalists, and the Donald W. Reynolds Journalism Institute, which focuses on journalism innovation. He was awarded The Freedom Forum’s North American Journalist Exchange fellowship in 2001, reporting from Mexico City and the state of Hidalgo.

Gonzales graduated with honors from USC with a dual major in journalism and political science. He was born and raised in San Bernardino and lives with his wife, Michelle, in Los Angeles.