News About our Alumni

About Our Model UN Program:

The CSULB Model United Nations Intercollegiate Team is a comprehensive academic and hands-on training program incorporating courses in International Politics (POSC 371), International Law (POSC 376), and Politics and Practice of the UN (POSC 378) to prepare student delegates from all majors for award-winning participation in regional, national and international Model UN conferences. During the 2016-17 Academic Year, we will send delegations to: 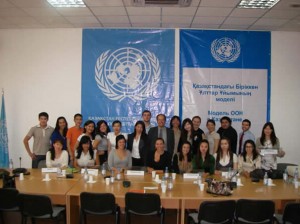